Welcome To Our Forum. Make Our Forum your forum. Enjoy your stay.
Would you like to react to this message? Create an account in a few clicks or log in to continue.

So they switched the girls with the guys because Crystal is sick and sent to the hospital. Hope she gets well by tomorrow. Lets begin with my amateurish review.

MICHAEL LYNCHE
Song: This Is A Man's World by James Brown
Grade: A - Other than the "ow" note in the middle, I thought that was good. That is exactly what he should be singing all this while and not trying to be the guitar type. He's a soul guy so sing something soulful. I still don't like him though. It's his attitude that is a bit putting me off (some may disagree). I just don't find him likable and of course the sickening baby story that he still mentions till now.

JOHN PARK
Song: Gravity by John Mayer
Grade: B+ - That is very much better than the tragedy last week. Lack star quality I agree because he doesn't really perform to the level he potentially can. He's kinda holding back. But the judges should stop contradicting themselves about being original. Simon is also trying to influence the audience by being as harsh as he did. Save our TCOs, get rid of the fodders have always been their motto, so no surprise.

CASEY JAMES
Song: I Don't Wanna Be by Gavin Degraw
Grade: C - When he sings the verses, he's like trying to force this weird voice out which definitely doesn't sound like his singing voice that we've been hearing. He gets better on the chorus but then there's the verse again and he makes that voice again. He started off so strong last week, so this can be considered pretty terrible in my opinion. Great job on the electric guitar though.

ALEX LAMBERT
Song: Everybody Knows by John Legend
Grade: B+ - I can't believe I would ever say this but this guy is growing on me. He looks much more comfortable this week with his guitar and like the judges said, great great voice. If he learns to master it, he'll be a strong contender. He's humble and likable. The last note to me though doesn't sound right. Or maybe it's just me.

TODRICK HALL
Song: What’s Love Got To Do With It by Tina Turner
Grade: C - Let me start by saying I hate his face. Again, the judges should fcking stop about originality. Sometimes they criticize them from being not original and sometimes they say just sing the melody. Anyhow, he's not that good of a singer (maybe because a slower number exposed his voice more). He also has some diction problem because he sings 'attract' as 'addract' and some other words.

JERMAINE SELLERS
Song: What’s Goin’ On by Marvin Gaye
Grade: F+ - So pitchy. And the screech is back and I don't think those screeches are on the right notes either. Just as bad as his singing was his camel hairstyle. Then he starts crapping about God and suggestions of songs from the judges bla bla. I don't know who is more arrogant and unlikable. Him or Todrick. They are both so full of themselves.

ANDREW GARCIA
Song: You Give Me Something by James Morrison
Grade: A - I thought that was good. Randy is of course bullshitting about it being pitchy all over the place. There was pitchiness but definitely not all over the place. There they go again about being original or not. One time they tell you to sing straight, one time they say it's too safe bla bla bla. I think the judges are doing a worse job overall than the contestants.

AARON KELLY
Song: My Girl by the Temptations
Grade: D - Of all songs, he settled with this? I thought it was bad. And Simon, as bad as I think Aaron is, to compare him to Justin Bieber is a freaking insult. Back to his performance, that falsetto he did and decided drag it longer (which means more torture) was so off key I'm not even kidding. I think he should just stick to country songs because his country voice sounds bad on this.

TIM URBAN
Song: Come On Get Higher by Matt Nathanson
Grade: F - Idol decided to torture us by replaying the bits of his Apologize performance. And he himself, as expected, tortured us again with his performance. That was so bad. OK, maybe it was slightly better than last week, I'll give him that. Kara said she wanted to see him again next week. She's definitely on drugs. One horrific and one bad performances and you still want to see him? God no but I guess that's inevitable.

LEE DEWYZE
Song: Lips of an Angel by Hinder
Grade: A+ - Best of the night. I'm not sure if he's the one to beat yet. But I'm liking his performances so far, like Andrew. Definitely the dark horse of the season.


PREDICTION
I think John Park is a goner and either Todrick or Jermaine will be joining him. As much as I want Tim to go, I don't think he will.

Great minds think alike! Hehe! I can't wait to see Todrick or Jermaine gone! xD Please record it down for me for tomorrow and Friday's show. Please please please! TQ! 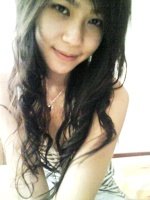 Page 1 of 1
Permissions in this forum:
You cannot reply to topics in this forum
Top posters
Latest topics
» TAR 16 - Episode 7 - Anonymous?

Who is online?
In total there are 2 users online :: 0 Registered, 0 Hidden and 2 Guests